The Dragon Lights was an exhibition of Chinese lanterns, cultural performances, demonstrations, as well as popular products, handicrafts, and food. I found out that this exhibit was coming to Chicago after being bombarded with SnapChat messages from my fellow StarTalk Chinese classmate, and we immediately decided we had to go!

The Dragon Lights exhibited numerous displays of Chinese lanterns: pandas, koi fishes, dragons, bears, Chinese warriors, families, gates, etc. They were very beautiful and intricate! I had never seen anything like them before! I really can’t do much explaining in this post so please, simply, enjoy these photos: 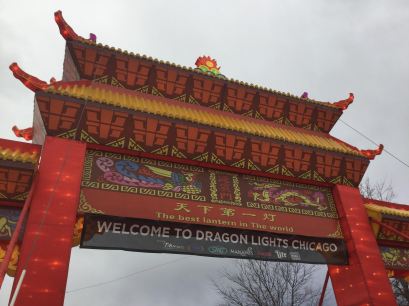 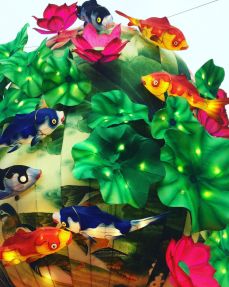 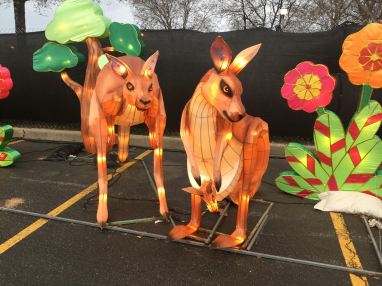 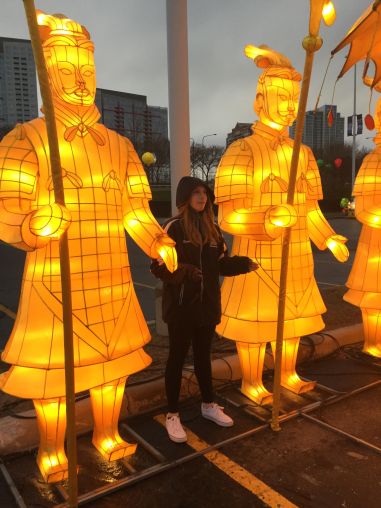 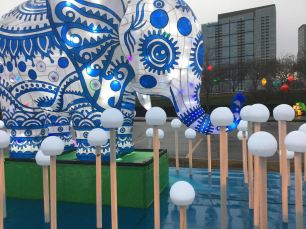 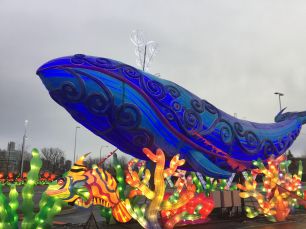 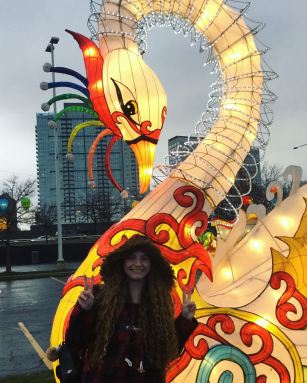 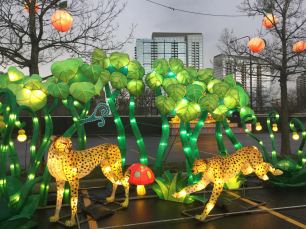 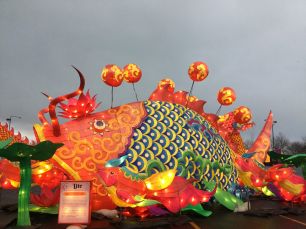 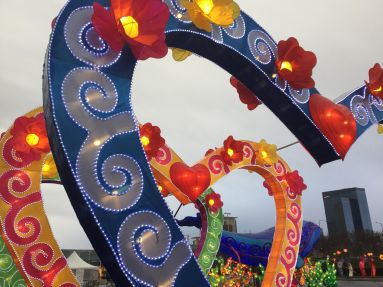 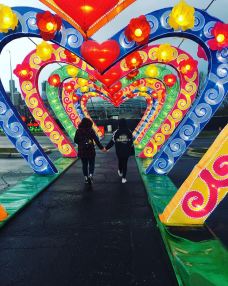 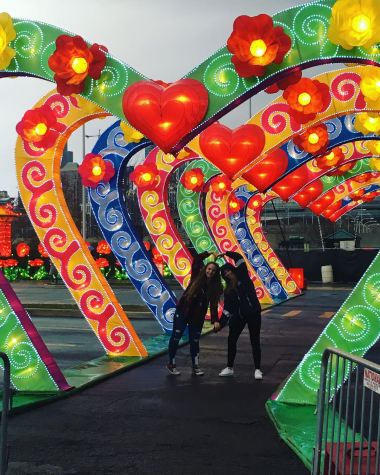 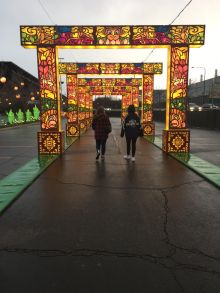 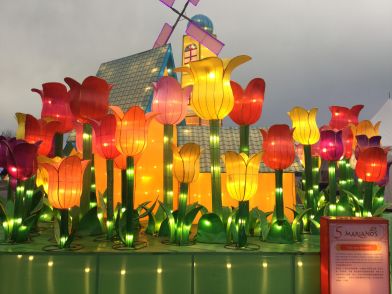 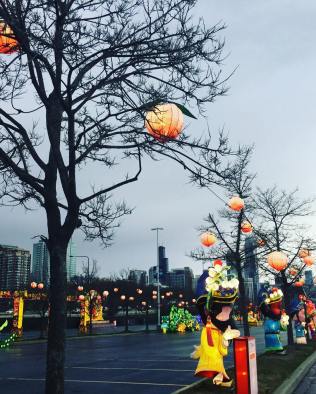 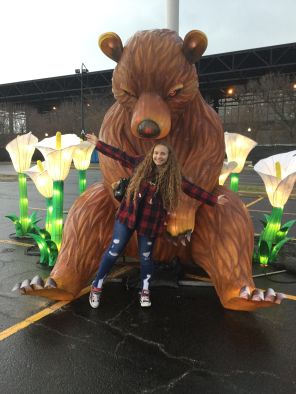 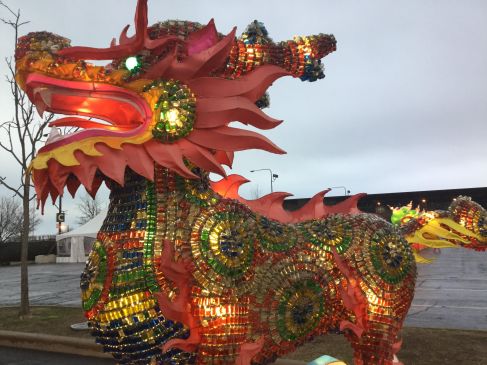 These dragons were constructed with tiny jars filled with colored liquids! 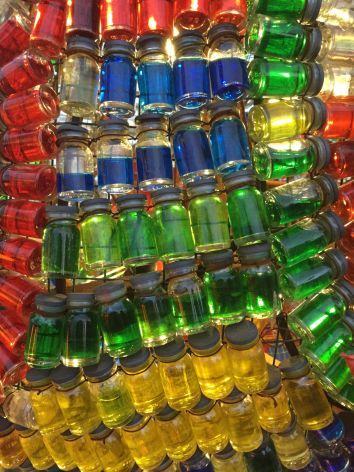 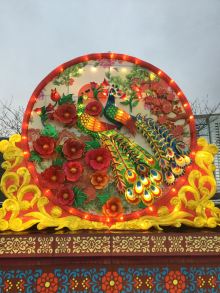 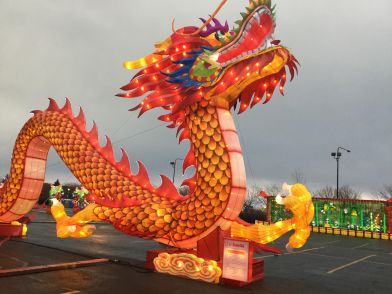 There were also cultural performances scheduled throughout each day; however, it was raining while we were there, so they had to cancel some of the performances. Though, we were able to watch two very interesting showcases. I believe the ones we missed were martial art performances. 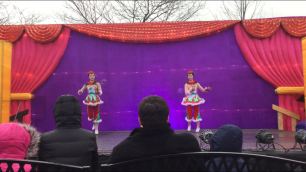 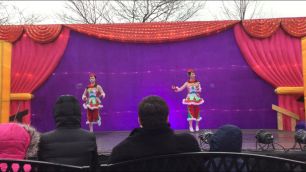 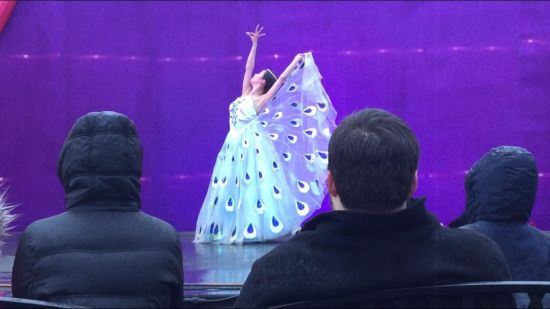 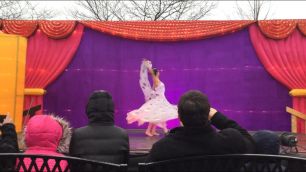 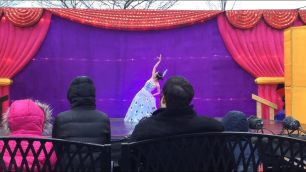 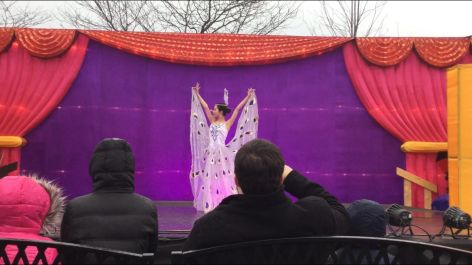 The dancer was very thin, but she had such defined back and arm muscles! So talented~ (And she must have been so cold being rained on…)

Besides walking around and catching up with my friend Becca, I think the best part of the exhibition were the stalls with Chinese handicrafts and products. Becca and I pulled out our Chinese skills (if we can even say skills) to talk to the vendors.

It started raining a lot more and it got super cold at the end of the night, so we left early to indulge in Chinese food. The best ending to a great day.

Thanks for reading this post! It is quite late (the last month of senior is crazy, okay!) but better late than never? I have also been really sick these past two days (which is why I was able to write up this post XD) but my next post will be about my second NSLI-Y event! I organized a bubble tea social with a group of alumni as well as the Midwest DIR. Stay tuned!~