Unfortunately, I lost the blog post for one of my favorite days on this NSLI-Y Program thus far. That day is the day I am currently writing about: the day I went to Incheon Chinatown (인천차이나타운) with Josh, Jacquelyn, and Kaitlyn. As you can tell, I am a bit salty because today was such a fun day and I wanted to remember every last detail! Also, we did so much, there is no way I will be able to write about everything again. Even though this is the case, I will try my best to recollect my memories with the pictures I still have~ Enjoy this blog post!

We decided to meet up at 인천차이나타운 at 11:30 am. It took me about 2 hours to go from 고양시 to 인천 which is a city outside of Seoul–actually, it is the only other city (besides my home city of 고양시) that we are allowed to take individual trips to visit (without our host family). I have been talking about coming here with Josh during our Korean class breaks and so I was really excited to finally make our plans a reality!

When we first got to China Town, we walked around and just did some sightseeing before decided what to do first. One thing that was a little bit strange was that there was a lack of Chinese people here? I figured that this may have been a community in 인천 full with native Chinese people kind of like Chinese neighborhoods in America (like the China Town in Chicago) but we really only saw Koreans– and tourists, too.

While walking around we passed by a lot of pretty murals, parks, and architecture, so we did not pass up any of those opportunities to take photos! 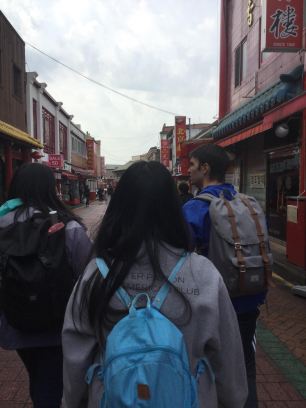 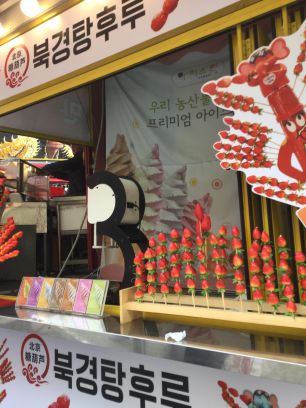 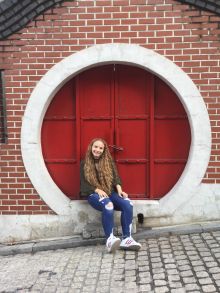 For lunch, we decided to get the dish that China Town is most famous for… 짜장면 (Korean style Chinese noodles with a black bean savory sauce)!! I also got to try 탕수육 (a Koreanized Chinese pork dish with a sweet and sour sauce) for the first time and although it was a bit pricy, It was definitely very very delicious!

You can honestly sum up this day we spent together as a day of eating because that is what we did throughout the entire day. We just kept eating, never stopping. Even after having lunch, we just kept on walking and buying snacks and treats from the street vendors. Since we knew that we would not be back in a long time (if we come back at all), we tried our best to try everything! 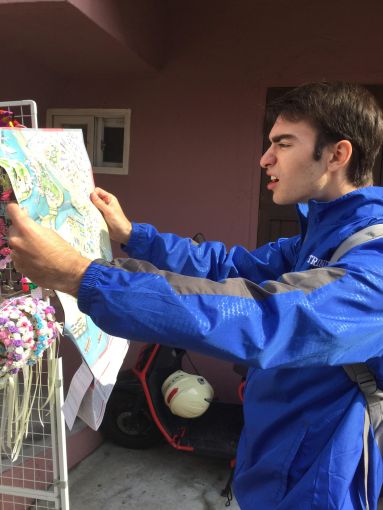 I do not remember where Josh got this map but his face made for the perfect picture! XD 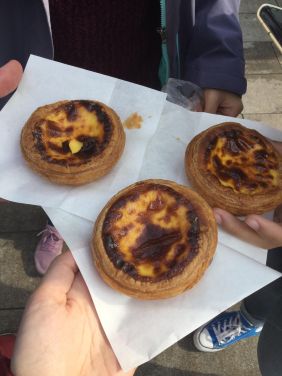 Our Egg Tarts! From the Tart King!

We walked around this mural village and park with a bunch of animal statues for a bit before the sky started to get really dark and the rain came pouring down. We found refuge in this cafe near the main plaza of the China Town. I cannot remember exactly what it was called but it was a Spanish name. Something about amigos? While it was pouring, we watched people out the window struggling with their umbrellas against the harsh winds. There were even signs flying off buildings! It was a pretty bad storm. 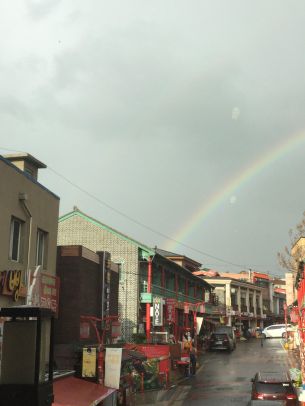 Look at that RAINBOW! ❤

After the rain cleared up, we kept walking around and ended up visiting two different museums that had entrance fees of less than one dollar! It was like 70 cents for each ticket. We visited the 짜장면 Museum as well as a Korean-Chinese Culture Museum.

짱장면 throughout the years! Did you know that 짜장면 used to be called 짜짱면? The museum had a little section explaining how the name changed.

When we went to the second museum, we got to see an added art exhibition by Korean artists (that may have some ethnic Chinese background? Or maybe they had nothing to do with the museum…). Also, there was a really fun tile/puzzle game (made for children) that kept us entertained for a while. And I am going, to be honest, one of the rounds took me a lot longer than I am proud to admit! 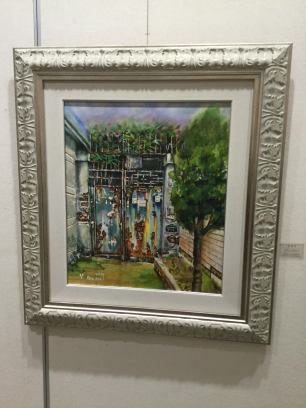 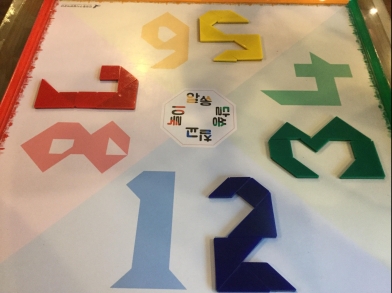 After getting the education part of our trip out of the way (haha just kidding we all really wanted to visit these museums!), we kept walking around and stuffed our bellies full of street food!

While walking around, we went to the rooftop of one of these buildings and got to watch the sunset. It was very pretty~ When I looked up at the sky, I could not help but feel so grateful for being there at the moment with such great friends. Josh also took us through this really sketchy alleyway to find the culture museum so this is a picture of that:

Bad quality but do you see… his small head haha

We also stopped by a dragon beard candy vendor to pick up a box for our host families. The guy that was heading the cart was very very sassy and sarcastic and we talked a lot in Korean about what we were doing in Korea. He was impressed by our Korean skills which made us all feel good. While we were talking about random topics, he showed us how to make the candies (stretching the honey into a million tiny strings) and told both Josh and me that we were pretty. He then made a comment to Jacquelyn and apologized for not calling her pretty which made us all laugh. However, Jacquelyn then tells the guy “You should see this other guy on our program named Liam, he is much better looking” or something along the lines of that which made Josh quite upset for a bit. Kaitlyn and I just could not help but laugh at the entire conversation. It was all for laughs though; no one took it too seriously!

The pastries in the above pictures were very delicious! We each got a different flavor (green tea, cream cheese, mango, and chocolate) after waiting more than ten minutes in line for them. They were very popular and apparently were showcased on several travel shows it seemed. (Also, there were signatures of celebrities that had eaten at that certain stall.) Because we had eaten so much throughout the day, we decided to just get some lamb meat on a skewer for our dinner.

And that was my day in Incheon Chinatown! I assumed that rewriting this blog post would be really difficult but the sheer amount of photos I had from this day definitely helped~ Though I know for sure, I left some things out. I believe I got home around 7 pm and just relaxed in my room until it was time to go to sleep. This weekend left me exhausted… and no part of me wanted to return to school the following day.

Thanks for reading this blog post! I hope you enjoyed~ Until next time!