Today was our monthly test for Korean so you can probably guess what I was doing earlier in the morning: did you guess studying at a cafe? Extra points if you said with Katie!!

Drinking a Cafe Mocha (Test days were coffee days for me)

Anyway, at the cafe, I read all the reading passages from both the textbook and workbook as well as writing out a rough sketch/outline for my 자기 소개 (self-introduction) for the OPI. It’s a question that is always asked and I try to always switch up what I say to show off different grammar points and to give my teacher fresh new topics to talk about.

This past month, my class {3반 with Jacquelyn & Josh} has been having class at the youth center rather than the Better World office—where we had classes from Sept-Dec. The Better World staff members wanted to get the chance to see some other NSLI-Y faces more so they switched our class with 2반 for winter break. {There were talks about having 3반 have their turn there for the spring semester but I talked to 민정쌤 about it and I’m more positive that the current class will stay or we will go back.} Anyways, what a long ramble away from the point I was getting at!! For the monthly test, 2반 and 1반 were switching teachers during the OPI portion due to a disagreement with how students were scored last time as it involved moving students down a level. To make that easier on everyone, those two classes would be taking their tests at the youth center and 3반 returned to Better World.

I ate a quick 편의점 lunch with some of the other girls before making my way to Better World—I walked by myself with some headphones in. I had made the walk this winter break with Katie to get brunch at flapjack pantry or to get to Better World for our orientation but it felt weird going there again knowing that I would be returning for a Korean purpose (The test!). {Does that make any sense?}

I ran into 민정쌤 on the way actually and that 5-minute long by chance meet up improved my mood as previous to the encounter, I was practically shaking—not from the cold, but the fact that I would be taking my unit test!

When we all arrived at the familiar room, my teacher explained the monthly test process once again and we immediately started on our reading test.

Honestly, when I flipped the last page and was brought back to the cover of the test, I was relieved and happy. It felt like an easy test. Yes, there were questions that I, of course, did not understand whatsoever and I felt really iffy about answering certain questions but overall, I felt good.

Then came the writing and speaking portion. Our teacher decided that we would do Rock Paper Scissors to decide who would go first for the OPI because no one was sacrificing themselves. I technically hadn’t gone first yet but if I didn’t have to, I wasn’t going to! Unfortunately, however, I lost!! I would be doing first. I’d be lying if I said I didn’t almost start crying because I did not want to go first. My teacher even exclaimed, “Emma it almost looks like you are going to cry.” Little did she know… Why was I being so emotional? For such a trivial concern? I could not tell you…

But honestly, going first wasn’t that bad. I shuffled into the room angrily and let out an exasperated sigh but getting it over with was nice. I didn’t have to wait with the anticipation so that my nerves had time to build up.

The writing section was okay. It went very very quickly. I didn’t feel the best about it because I knew I didn’t utilize advanced vocab terms or grammar but oh well what is done is done.

After class, Josh joined me in walking to an after monthly test tradition: waffles! We went to 와플 대학 and met up with Katie, Alix, Hunter, and Shannon to eat waffles but because the walk was so far and our teacher let us out late {she decided to finish the textbook with us that day so we learned 2 new grammar points during the last hour… everyone had to leave as soon as we got there. Katie stayed with us, though~

Another thing that happened by surprise today… was that a package from my friend Kara arrived!! When 주연쌤 handed it to me, I was beyond ecstatic!! I got home and happily opened it. She sent me the cutest pig ornament, a book I’ve been meaning to read, and some good old American candy! Oh, and the most heartfelt letter~ Ahh I definitely cried!!

Also, last week 주연쌤 went to America for a partners workshop with American Councils and she met Emily Matts and Brian Leopold who both said hi to me! Apparently, at the end of the workshop, they had a session on what alumni reps have done and both Jacquelyn and me were included. I was so proud that my legacy could live on to them~~ 주연쌤 said that she believes it’s the first time an AY participant had been an alum rep so she was very proud of the both of us.

Anyways, that was my Thursday~ I came home and just literally spent the rest of the night in my room exhausted. Although the days leading up to the monthly exams are so stressful, the weekend afterward is always the best because we have no work to do!!! {Even though this time my teacher gave us another practice Topik test to do… but that is break homework rather than actual homework… I’ll tell that to myself to make me feel better!} 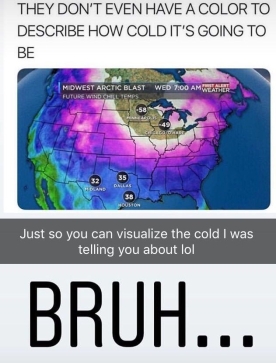 Also meanwhile… It snowed like three times in Korea during the winter… while it was negative 50 in Chicago!

I was going to add this post to tomorrow’s post because I figured it would be short and boring but instead, it’s long and boring! Stay tuned for the next post that will hopefully be more interesting: delivering coal community service activity and a trip to a traditional market!