Thursday was our very last supporter meeting before our project presentation happening the very next day. We had to have our PowerPoint slides and video done by that afternoon, so as one might guess, it was a very hectic morning at Holly’s Cafe. I stayed up really late the night before editing the video to the point where I could edit no more {because I was lacking in audio recordings from Katie} so I actually had actual coffee at the cafe—yes a surprise. No Green Tea Lattes today, no sir. 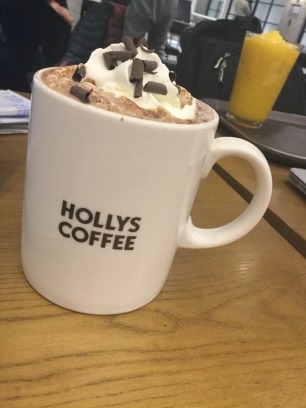 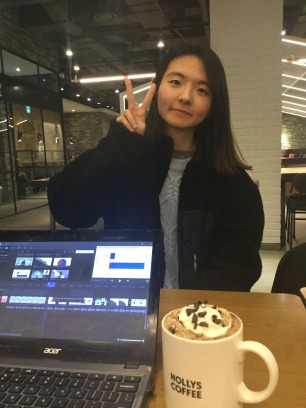 The two hours of the meeting went by really fast as we were busy working the whole time. I was able to finish our video and although it is no professional YouTube quality video, it was good enough for us! We also put the final touches on our presentation and split up the speaking points—timing everything to make sure it was under 10 minutes.

At the end of the meeting, 혜린언니 surprised Katie and me with little gift bags she prepared. They each included a little pig keychain {she did not know this at the time but my favorite animals are pigs!}, a mirror, and a little handwritten letter. It was the sweetest gesture and at the time I felt extremely guilty for not having anything prepared for her. But Katie and I planned to meet early the following morning to get her a gift! 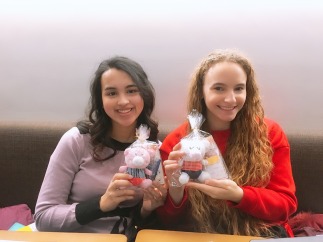 We ended up not having the chance to get lunch together because I had to finish writing an essay for Korean class {which ended up not being due then… but the following class period…ugh} and Katie wanted to cram more for her vocab test so we promised each other to grab lunch before the presentation day!

I have literally no recollection of Korean class today and I ended up going straight home after class too {Oh I just realized… it was Valentine’s Day this day… well, no surprise… no dates for me.} So the rest of the night was just spent having dinner with my host family and studying Korean. I also took a quick run to Artbox {bless it only being a 5-minute walk from my apartment complex} to buy 언니 a letter set. I planned to get up early and go to a cafe before meeting Katie to write everything down.

On the subway ride to 홍대, I typed out what I wanted to write to 혜린언니 out on a Google Doc and hastily wrote it all out at Holly’s. Katie and I met up with each other about an hour later and went around buying stuff for her gift. We settled on a blind box of this one naked baby angel toy called Sonny Angel {We chose it because she always is calling us her babies since she is older than us.} as well as a strawberry tart from Blanc bakery because she as always mentioning wanting to try one of their cakes but never got the chance. We didn’t buy a cake cause it looked too sweet for her, but we did think that a fruit tart would please her.

We met up with 혜린언니 at the subway station and we all walked together to get lunch at this restaurant called 미소 국수 {smile noodles} and I had really good 만둣국수. It was nice to hang out and finally feel relieved—as if a huge weight was lifted off our shoulders—since the project was now officially over. No more due dates! Just showtime during the presentation. 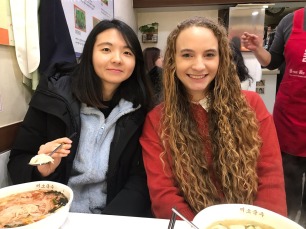 Her reaction to our gift was the cutest!~

Listening to everyone’s presentations was actually really interesting. I was excited to see what they all ended up coming up with as their final work and some of them were so creative in how they delivered the information. For example, Pansori Vs. Kpop group {Hunter, Kaitlyn, and Shannon} had this really nicely edited video with clips of performances, interviews, news shows, etc. Honestly, at first, it seemed to be a real documentary on Korean music: old and new. Also, the group that had plastic surgery {Liam & Harmony} actually had them giving their supporter a fake double eyelid surgery in the video with scrubs, medical masks, and even tools! It was so realistic and I could not stop laughing at Doctor Harmony asking Liam for the scalpel. 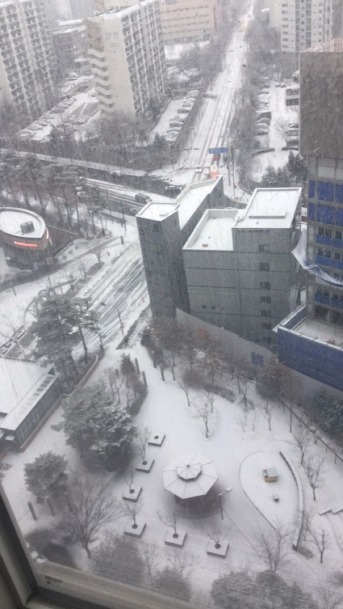 Harmony thought it was hilarious to play with my hair and put it in pigtails!!

I think that my group did such a great job on our presentation! I believe that it was really informative and was able to shed light on a topic that many aren’t really aware regarding Korean society. My edited video could not compare to Hunter’s masterpiece but hey it did the job! And I think everyone liked the images and political cartoons I included from Korean sources. I will admit that adding the English subtitles gave me more work; however, I believe it was worth it! I think that everything was able to hit harder because all the American students were able to understand.

I won Playdoh for answering a question right and Katie made a pretty rose out of the clay!

After all the presentation were over, the Better World staff members gave out awards for each of the groups. They said that the awards weren’t really serious… that they were funny awards. Well, I will let you decide what you think about the awards: rough patch, book worm, tried their best, etc. My group 독립여성 {Independent ladies} got the award for … beautiful face {아름다운 면상}. I mean I’m flattered they think we are pretty but… this would have been more clever with the plastic surgery group. I don’t know… I thought we would get an award that really related to our topic/effort put in… 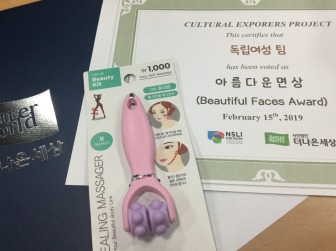 Besides awards, we also received our certificates of achievement {for successfully completing the research project} which consisted of us coming on stage and presenting the certificate to one other person in our group and saying a few words {we did it first and said it all in Korean}. We also had time to write out reflections and a few extra things for a booklet that would be made to include all of our presentations. 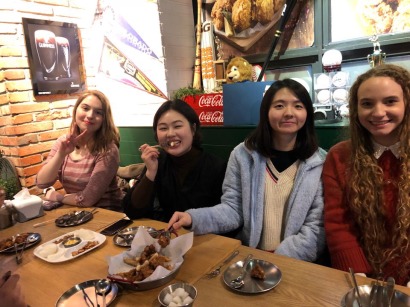 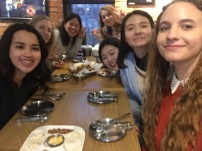 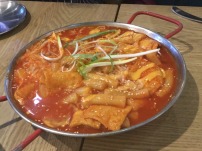 Once the final commencement was made, we all went to have dinner together at this chicken place near the Better World office where we ate chicken and 떡볶이. A big group of girls {Katie, 혜린언니, 유빈언니, Harmony, 은하언니, Shannon} and I went to a 노래방 and then got sticker photos done. It was a lot of fun! The place we went to for the karaoke was one of those fancy buildings on the Main Street of 홍대 that you can look into and see all the people dancing and singing sound in the large plush rooms with velvet couches! It was my first time being at anything like that before.

After saying goodbye to everyone, 혜린언니, Katie, and I headed to the hot chocolate cafe to just chat some more before having to go home to be back in time for curfew. I figured that since I was out for the night {and since I rarely stay out till curfew on weekends}, that I was gonna stay out as long as possible! 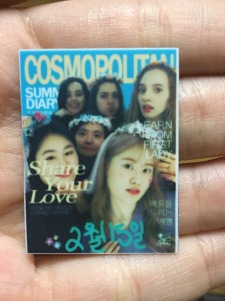 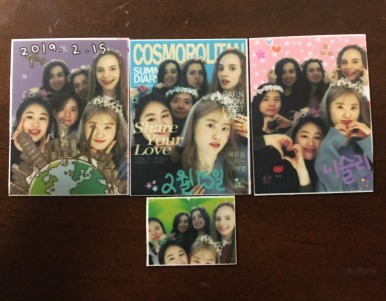