I woke up as a ball of nerves this morning because of the impending doom that would be my OPIC test. In order to give us the opportunity to take an official OPI-like test before we take the real one at the end of May or June (and also to see where our level was according to the ACTFL standards), we would be taking an OPI test through the computer.

We all had to meet at 혜화역 which is on the blue line, a couple stops away from 명동, and we walked together to the fashion/design school that was being used for the test. The minute I walked into the room and saw all the giant high school computer lab desktops and headphones with microphones at every seat, I began to mildly panic and high key start sweating up a storm.

The man in charge gave us the directions of everything in English and Korean and it pretty much exactly matched what we learned from the orientation we had earlier that week. Before we knew it, the test started and 40 minutes was on the clock. After freaking out over what level to pick for my test, I ended up going with the one 1반 선생님 suggested which was the second most advanced level. I also talked to Kaitlyn about it on the train ride over to the station and she also helped give me enough confidence to not chicken out and pick an easier level.

The test worked a bit differently than I had thought. Basically we were allowed to repeat the question one time and then we had to answer right away as the recording would immediately start once the audio track ended. We also did not have an unlimited amount of time to answer the questions. After the expected time duration for an answer passed, a message would pop up to tell you to proceed to the next question as the computer was no longer recording. You can finish your question earlier and move onto the next question sooner but it’s advised to try to talk during the entire allotted answering time since it will give you a better chance of getting a higher score as you have more time to show off your skills.

Although the level I chose for the tests was the second most advanced, it didn’t feel like that. The questions I was getting asked me to explain the area surrounding my current living place, to describe what you can do at a park, to talk about a memorable time at a park, to describe the weather in Korea, to describe the area around my Korean classes, etc. Though I will say that even though things appeared to be really easy, I still struggled to answer most things. I may know a good amount of good grammar and talk about some advanced topics but you ask me to describe the location or appearance of anything… and I’m out. I’m not good at those so the park question and location questions in specific were very badly answered. I also just believe that the questions didn’t leave much room for utilizing complex/ advanced level vocab and grammar… it seemed to be just me stringing simple sentence after simple sentence to answer the questions. Also my role play really threw me for a loop! I had to go rent a car and explain to the worker that I didn’t have a license for the current country that I was in which I don’t know… it was hard! I knew the word for license and that was pretty much it. I do not think I could even properly explain that situation in English too well either. I mean especially since I don’t DRIVE!

After the OPIC test was over, we walked around a small market before heading to get some Mexican food. I’ve been craving tacos lately and I’ve been dying to get my hands on some salsa and chips!!! I miss them a lot!! The place was small and cute and all the decorations reminded me of restaurants back in America. Plus, things were not incredibly expensive. 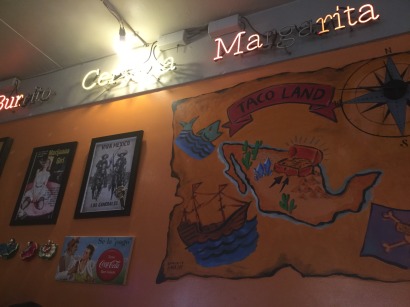 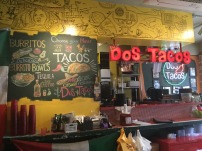 In order to get some work done (and get some cute photos for Instagram), Alix, Katie, Jenna, Jacquelyn and I ended up going to this cafe that Jacquelyn had found on MangoPlate. We ordered our drinks and talked for a bit all together but then I left the group to do some work because I had been slacking with studying recently. The other girls kept taking about program stuff and American news and I kept my ears open to what they had to say. 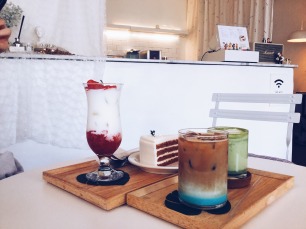 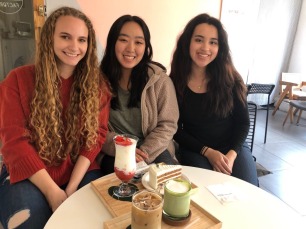 After I exhausted my desire to study, Jenna, Katie, and I went and walked around the area near the station which honestly felt a lot like 홍대 but less crowded. It was so youthful and the weather was really great this day. We ended our day together with some ice cream from Baskin Robbins, the best flavor: 너는 참 달고나.

I got home after ice cream and took a nice nap before having dinner. Everyone else was out of the house and my host sister had already recently eaten ramen so I ended up having to eat by myself and spend the rest of the night studying. It was nice and relaxing though~~ I also was able to watch a movie on Netflix, something I haven’t had much time to do recently (which is a good thing). 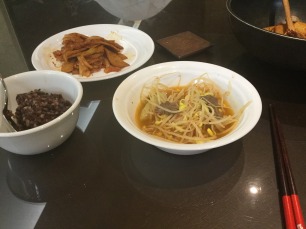 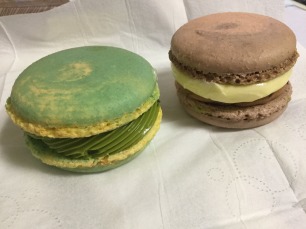 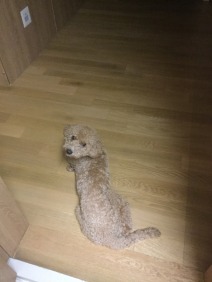 That’s all for this blog post then~ I hope you enjoyed! Thanks for reading!